Inspired by surreal and contemporary artists, Sam is drawn to fashion, music and culture with Afro-futurism also being a key theme of exploration in his work. “I enjoy combining motifs, objects and colours in surprising ways for this style of art,” he tells Creative Boom. “And I focus on portraits because it’s challenging to convey a feeling through them, in my opinion. It forces me to be intentional with the marks I make and the attitudes I choose to employ. I also like the fact that portraits are personal which helps with the storytelling.”

It’s the stories that Sam loves the most. Of his recent portraits, as featured here, Sam says his characters are fictional: “They are people I imagine based on the story I want to tell. You may have noticed that I mostly paint black characters, which is intentional. I want black people to be as colourful as possible and to be represented in the art world. I am drawn to their eyes, hair, and their outfits. I am inspired by the culture, fashion and music that surrounds them.”

Born in Benue State in Nigeria, Sam moved to the United States in 2015 and is about to graduate from the Colby College in Waterville, Maine where he has been studying studio art with a focus on oil painting. Additionally, he creates digital illustrations for posters, prints, book covers and album covers – and he’s open to commissions, too, should you wish to have a piece of art made especially for you. 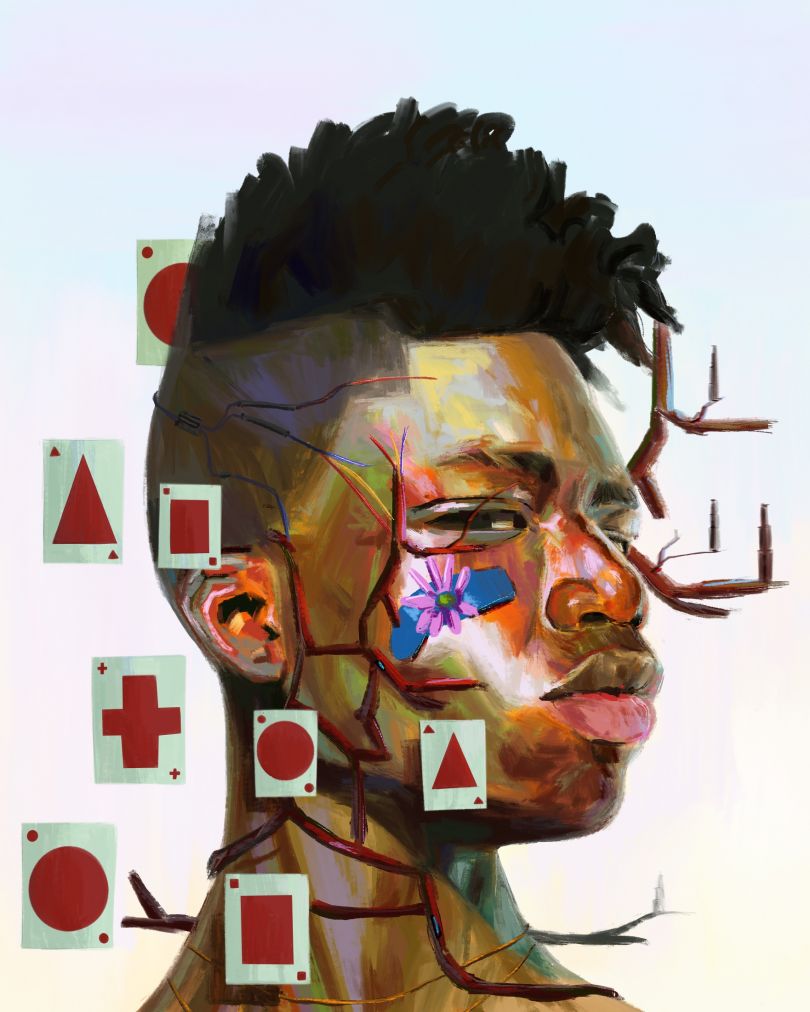 Describing his style as “painterly yet bold”, Sam’s portraits – whether digital or created with oils – are full of depth and emotion, drawing you in with each of his subject’s eyes full of stories we long to hear but will never know or perhaps understand. The little details and accessories only add to the mystery. And the choice of colour, gloriously vibrant with a hint of ’90s fashion, include shards of light that hit each face to illuminate various features. It’s a style that’s evolved to combine Sam’s childhood in Nigeria, where he was influenced by African art and mark-making, with his experience thus far of North America. He also pitches Jean-Michel Basquiat, Kadir Nelson and Daniel Clarke as big influences on his work.

“Experiencing life in Nigeria and America is the best thing that has happened to me creatively,” says Sam. “I would say I unconsciously found a way to fuse my experiences from both locations into my work. I like to compare my art to music sometimes: it’s like combining sounds from the African talking drum and infusing it with a Western type of beat. It’s hard to explain.” 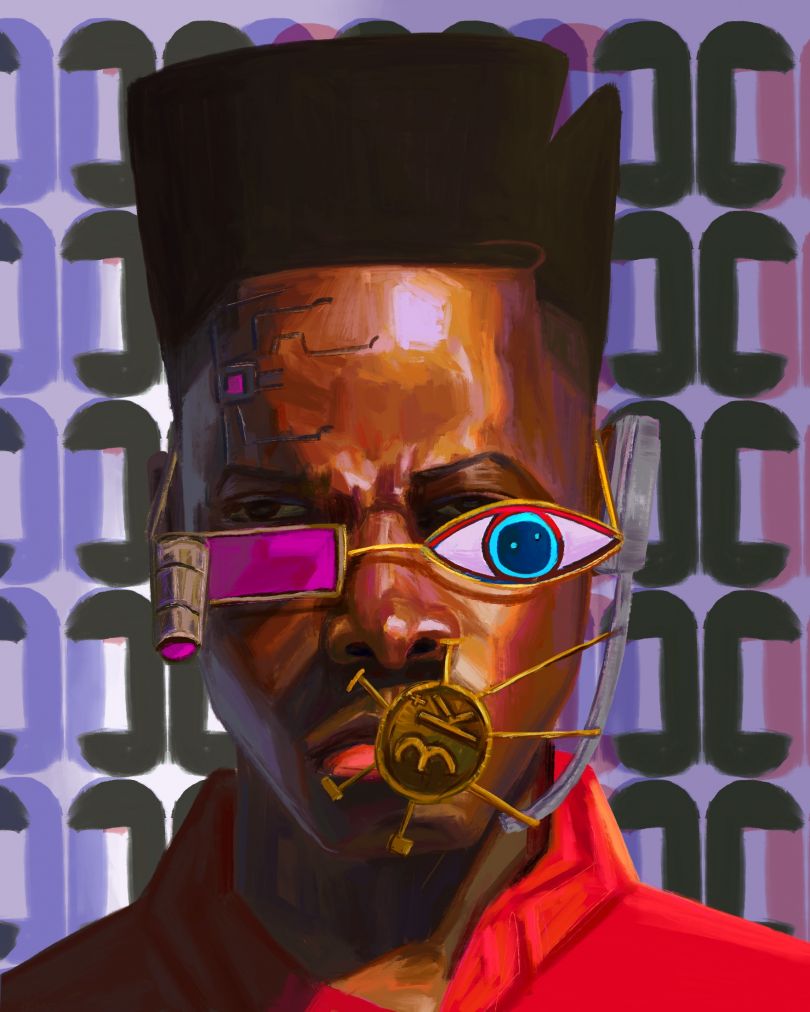 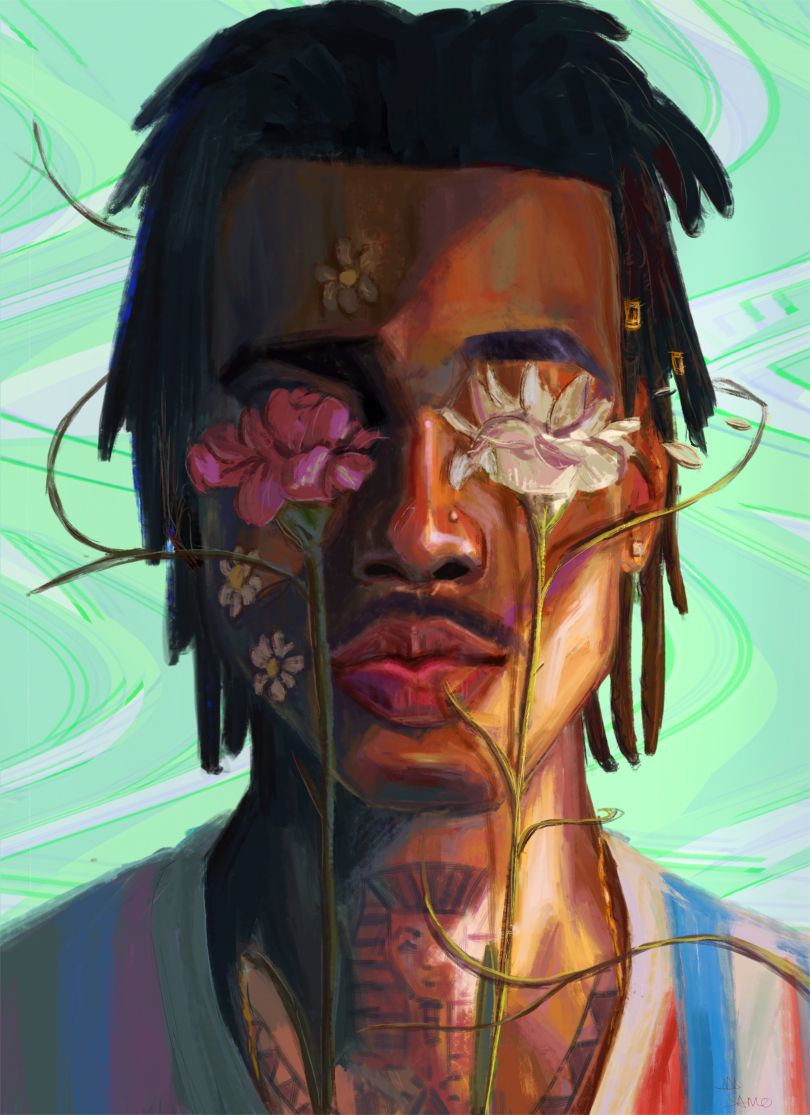 Of the stories he conveys in his work, Sam admits he does include many of his own: “This spans from my Afro-futuristic work influenced by watching sci-fi movies and playing video games to telling stories about black people. Lately, after the passing of my father, I’ve been painting a lot of male characters who share stories related to my connection with him. I love fashion and music and I dress my characters in clothing that I would see myself wearing.”

From all the portraits we’ve shared with you here, Sam doubts he’d be able to pick a favourite as “each one tells a different story that I care about”. But if he was pushed, he’d choose ‘Black and White Squares’. “In this surrealist painting, I talk about my hopes for equality and world peace, growth and blackness. I hope to spread joy, hope, strength and creativity through fashion, culture and music in my work. And I hope that people will see black people as normal and harmless just like everybody else.” 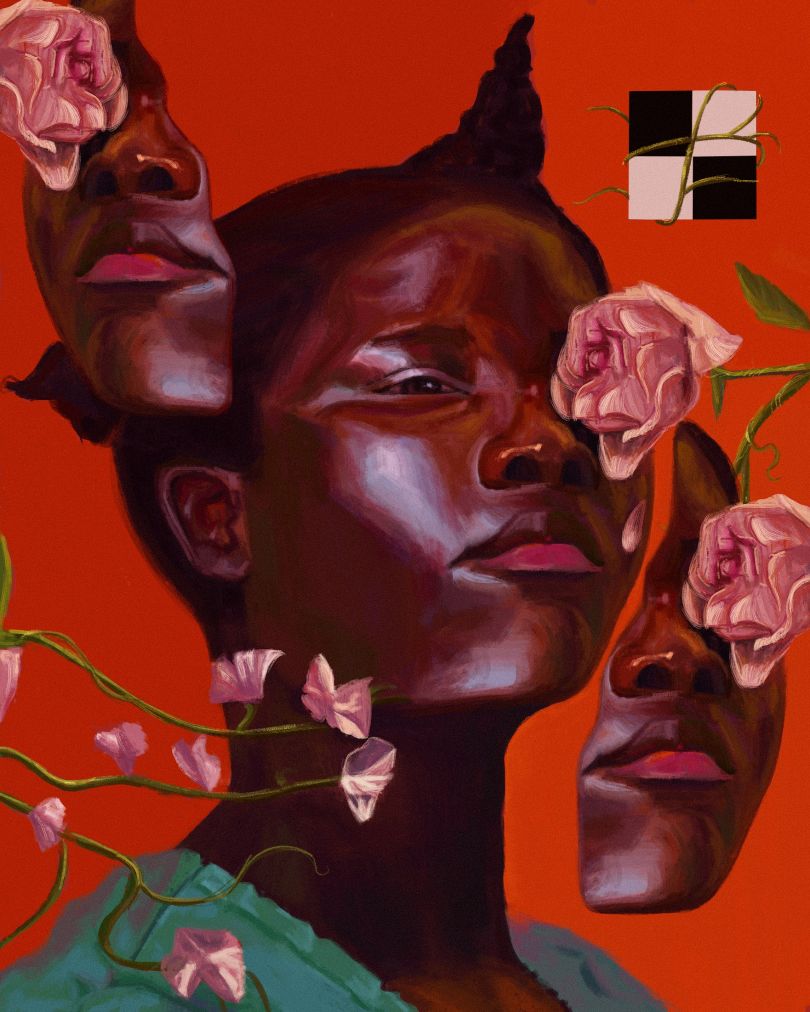