Noon Goons are the surf tourists in California who storm the beaches from noon onwards, when the sun is beating down and the locals have already deserted the area. Kurt Narmore knows all about it. The Orange County native grew up during what he calls the golden age of extreme sports — from the 90s to the early 2000s. “I probably started surfing the second I could stand up,” he says, laughing over Zoom from his Downtown Los Angeles studio. When Kurt wasn’t surfing, he was hanging out in his dad’s store, where he sold skate and snowboard equipment. While European teenagers were lapping up American dreams of MTV and sunny high school TV shows, he was living it.

Founded in 2016, Noon Goons is a condensed version of Southern Californian culture: skaters, surfers, the Red Hot Chili Peppers and the eccentric characters who hang out on Venice Beach in baggy 501s and fake fur tiger jackets. In his youth, Kurt’s idols were Bunker Spreckels — the surfing, partying, flamboyant fashion legend of the 1970s — and Sean Stüssy. “I wore his clothes from elementary school,” he says of the latter. “He influenced me a lot as a surfer and skater.” In fact, at a very young age, Kurt knocked on the door of the Stüssy headquarters, a stone’s throw from his home, where he was hired as a handler. He also worked with Dov Charney at American Apparel and then started his own production company, SewCal. Noon Goons was born out of his expertise in made-in-California clothing, a mix of workwear, solid denim, perfect-fit fleece and visual elements nodding to psychedelia.

“In California, everything is a little bigger, a little sunnier, a little more relaxed. It shows in the clothes,” says Sam Jarou, a Paris-based consultant for the brand who joins the call. That’s what drew the Stuttgart native to the West Coast. He and Kurt met in Berlin almost 10 years ago, when Sam was consulting for Junya Watanabe at Comme des Garçons. They hit it off right away.

Since then, they’ve been developing the Noon Goons collections together, to which Sam brings a more European look. Together they’ve found the ideal balance in their designs, ultimately reaching an audience who shop from the racks of Ron Herman, Dover Street Market or SSENSE. Clothes born out of culture rather than hype. “We get a lot of inspiration from old surf magazines, movies, artists… the idea is not to make hyper sharp and inaccessible fashion, but rather to have the right references; to identify the little details that make a good piece and to twist them just enough so that people want to make them their own.” 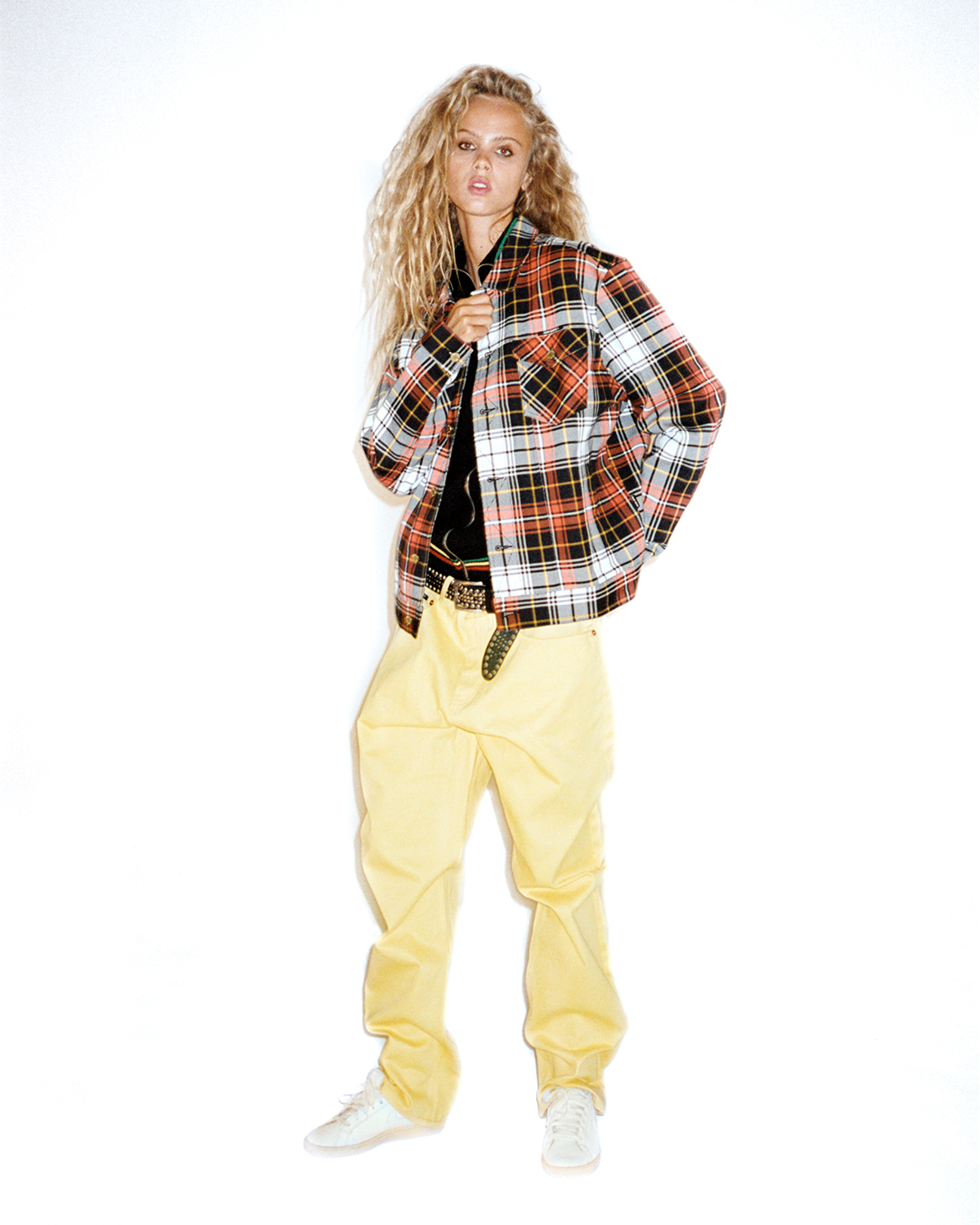 Playing the game of collabs to the max is out of question. Initially Kurt’s side-project — he regards himself as a clothing enthusiast first and foremost, also founding an association providing new clothes to young people in need — Noon Goons doesn’t chase the hype. “A collab should really benefit both parties, not only financially but also culturally,” says Sam. Like the one they did with the estate of American trumpeter Chet Baker in 2018, perhaps? “We didn’t do it for the money, but because it was so cool,” says Kurt. Also cool is the fact that they’re currently working on a second collaboration with Vans. It’s good for the brand’s visibility, sure, but once again, the association just makes sense. “Vans is my home!” Kurt jokes.

Ultimately, Noon Goons has everything you could hope for in a streetwear brand, at a time when over-the-top branding has almost made a joke out of the term “authentic”. Clothes with one foot in reality and the other in fantasy. Clothes that speak as much to the true stories as to the irony around them. And generous in that they invite everyone, not just the insiders, to step into a culture that their creator has in his heart. A story that embodies California where, between the OG surfers and the Noon Goons posers, everyone has the right to dream.