Growing up in traditional households, Asian American kids are basically given three options for careers: lawyer, doctor or engineer. But Hung La diverged from the path of the ideal Asian child and paved his own way. The London-based designer worked under Nicolas Ghèsquiere at Balenciaga and Phoebe Philo at Céline before co-founding the edgy womenswear brand Kwaidan Editions with his wife of 18 years. Now, La is going solo by expanding into menswear with LỰU ĐẠN, which loosely means “dangerous man” in Vietnamese.

“Lockdown, when Stop Asian Hate and George Floyd were really on our minds, was a catalyst for me to reinvestigate my own journey,” he says. “Growing up in the 80s in Rockville, Maryland, I rejected all of my culture.” Even while working as a designer in major fashion houses, La felt like he wasn’t using his voice to connect and speak to his community until now. His new label LỰU ĐẠN, which launched in January 2022, is the product of La reconnecting with his roots in a meaningful way.

Above all, the brand is anchored by the shared experiences of Asian men. The clothes — snake-printed silk pajama sets, 70s-inspired suits and wide-collared dress shirts — and storytelling are equally important. “There’s underrepresentation of Asian men in fashion so I want to spotlight those stories,” La adds.

That’s why he’s introducing City Tours, a new community building initiative highlighting local talent in cities around the globe in the form of gritty images paired with earnest roundtable discussions that live on the brand’s site. New York City kicks things off with Bowen Goh of Brooklyn nightclub Mood Ring and Jae Kim, a photographer and motorcycle enthusiast, photographed by Danny Lim.

“While there is a shared history among Asian people, LỰU ĐẠN gives voice to nuanced stories from different cities with their own unique flavor,” La says. “New York speaks to a mentality of not conforming, and it’s a good starting point for talking about ‘East meets West.’” 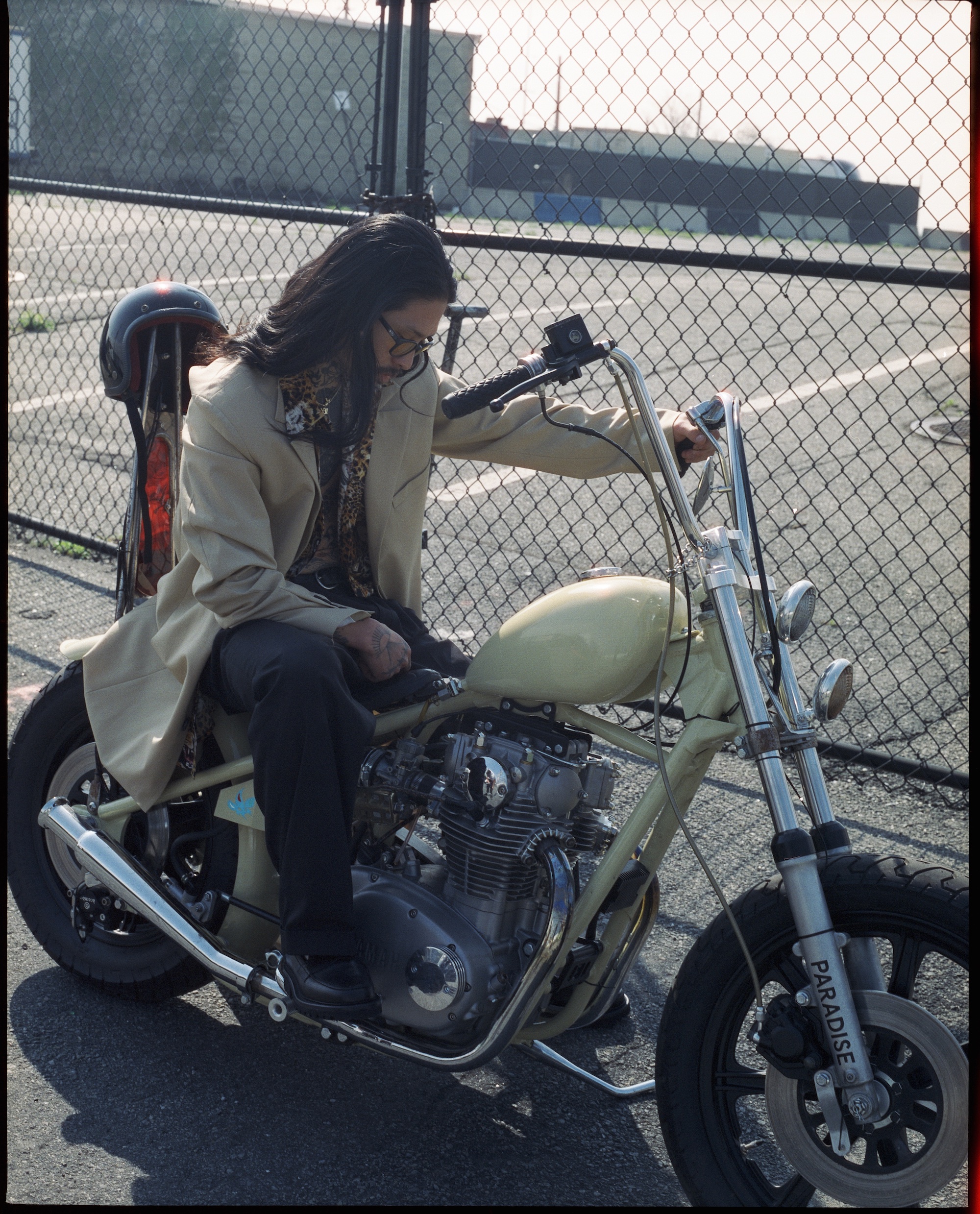 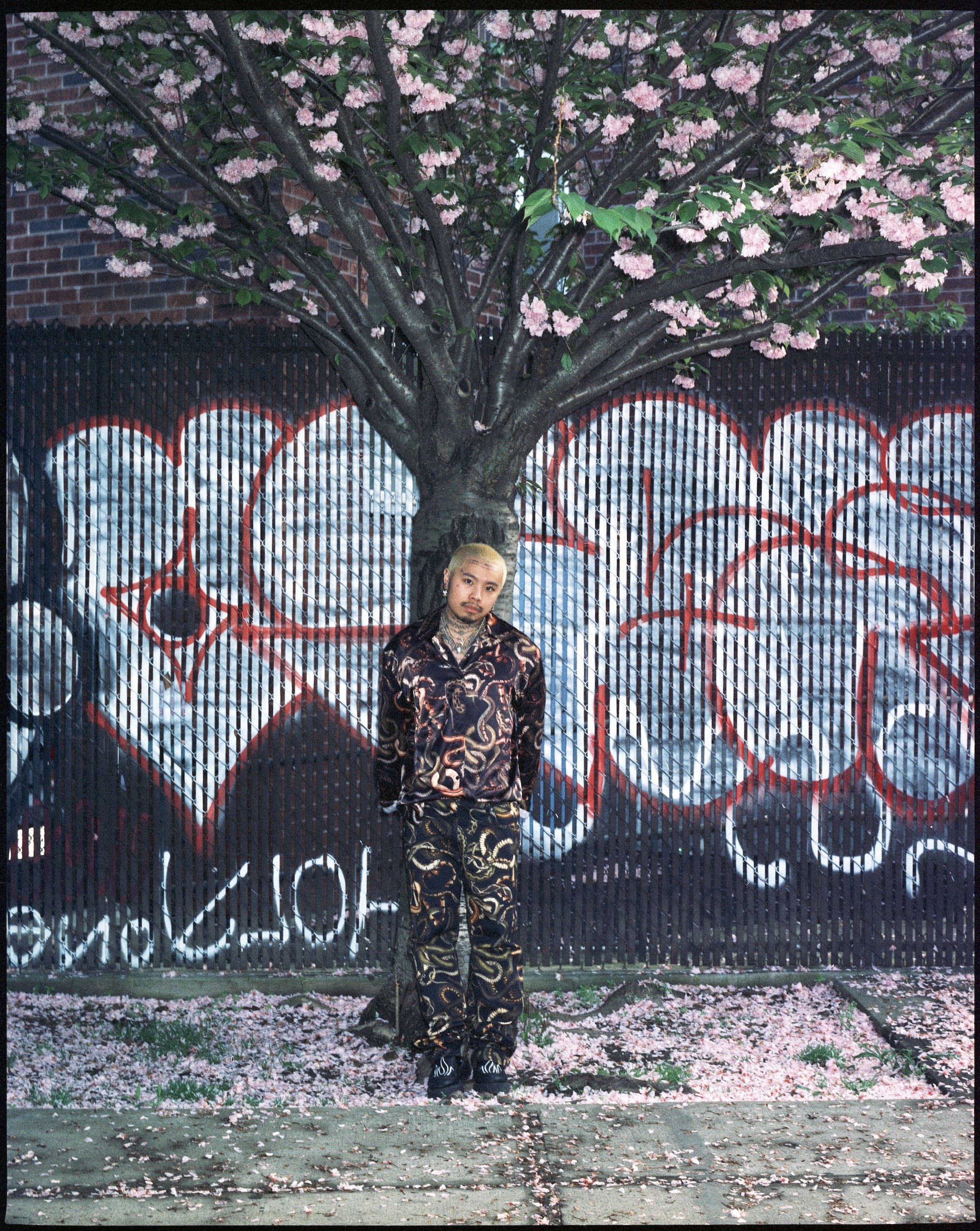 Goh and Kim both lived between Asia and New York and grew up in traditional homes. “A lot of first generation Asian Americans have conflict between Western values and values that our parents brought over,” La explains. “We’re told to be a good Asian child, but Jae and Bowen trailblaze their own path in terms of their identity and careers; they’re iconoclasts.” LỰU ĐẠN speaks to those “Asian bad boys who are owning their identity,” and the broader ambition of City Tours is to show the many subtleties and untold narratives about what it means to be an Asian man today.

The brand’s visual DNA unabashedly takes codes from the Yakuza and Asian gangster culture. When La was younger, he revered the imagery in 90s movies and Hong Kong triad crime dramas like Sonatine and Young and Dangerous, as well as 2001 slasher Ichi the Killer. It’s not necessarily the violence that La condones, but rather the strength. “What’s engaging about LỰU ĐẠN is that our imagery shows these tattooed, hard-shelled exterior guys who are also modern,” La says. “They talk about vulnerable and challenging topics; they’re sensitive and have stories to tell beyond what people see them as on the street.” 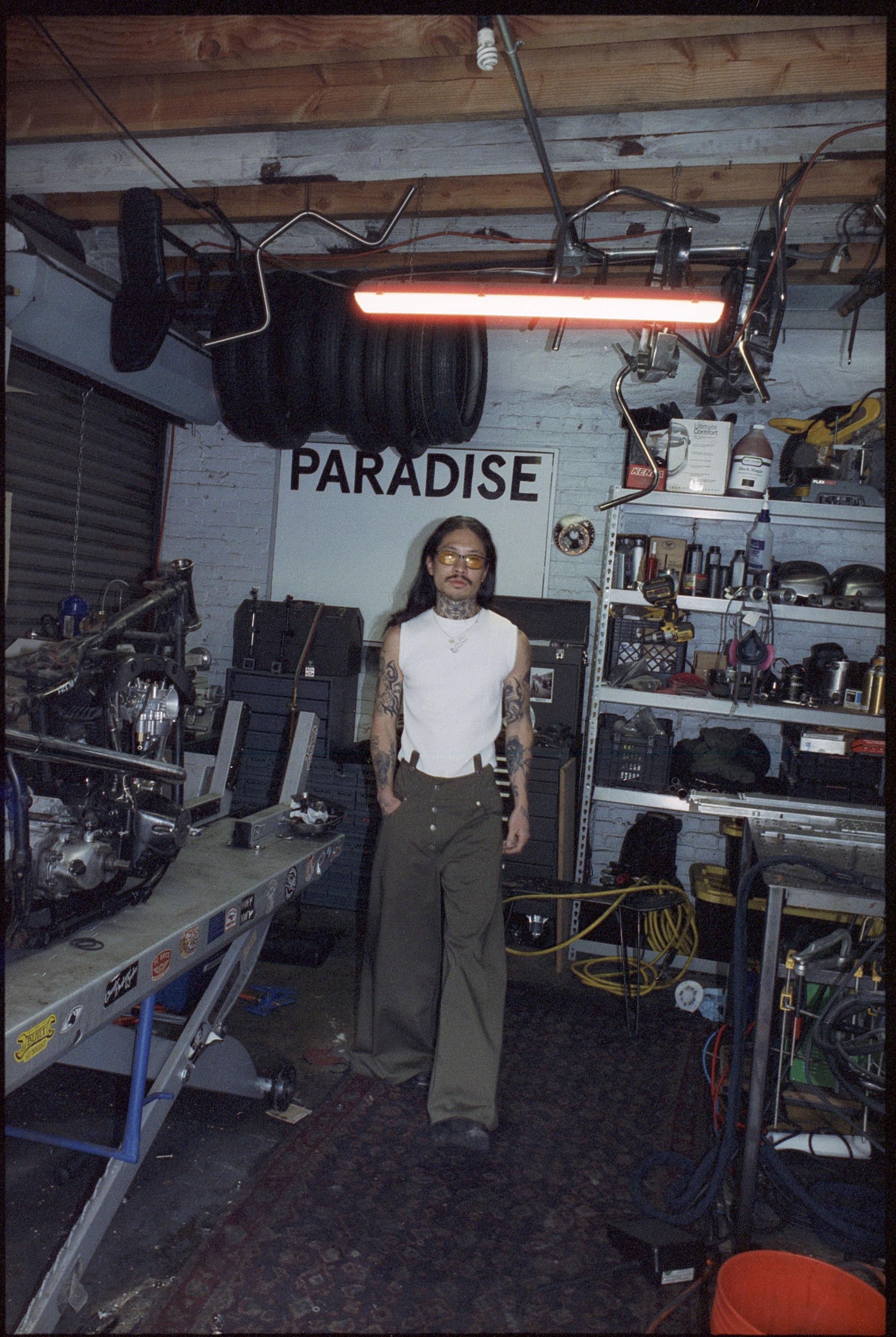 The images are both intimate and raw, alongside interviews moderated by La. The NYC trio discuss selfhood, Asian masculinity, vulnerability, creating space for conversation and how the brand fits into it all.

It’s a similar story for many children of immigrants, carrying the weight of parents who struggled to survive under a white supremacist society while battling their own issues of self-fulfillment over assimilation. “I wouldn’t see my story in [Western] media, and there was not going to be any representation for people like me,” Kim told La. “I said, ‘Fuck it. I’m just going to keep doing what I’m doing, and hopefully, something catches on.’ Projects like this are making and paving the way.”

“We can actually be cool in a way that is specific to us,” Goh adds. “We don’t have to cater to other people’s cultures. This is just how we are and what we look like, and that in itself is cool.” 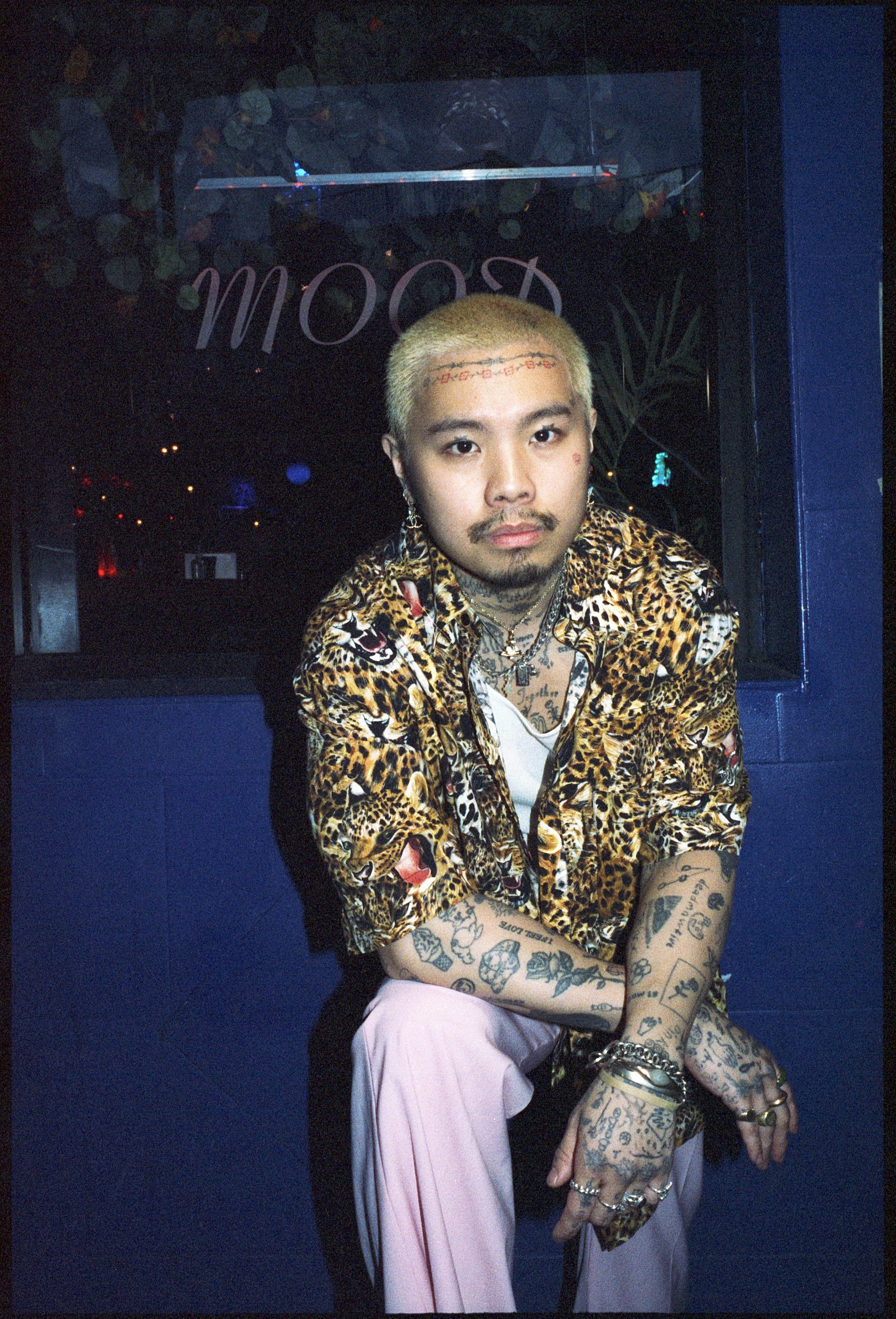 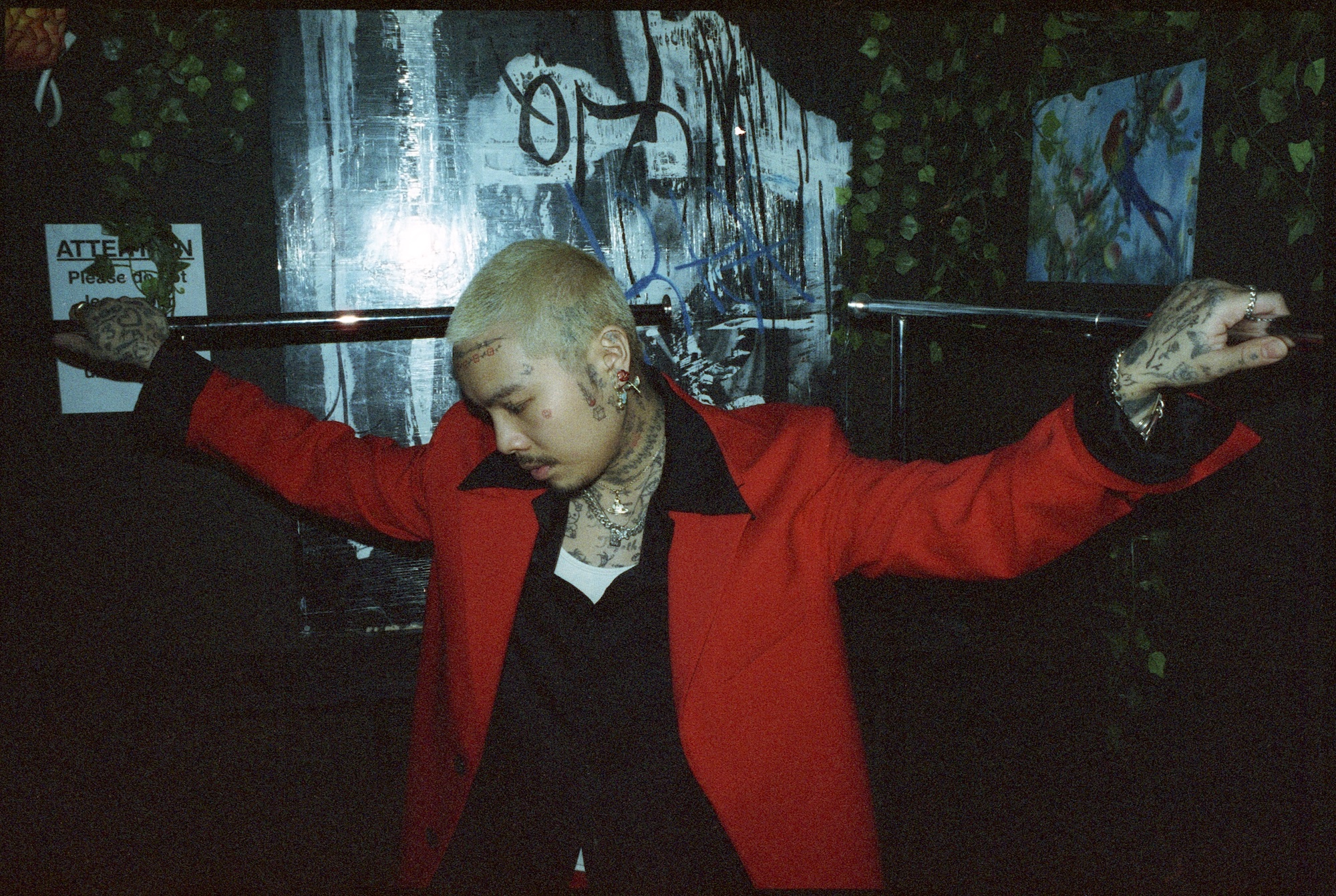 La plans to take City Tours to places like Manila, Chengdu and Taipei — “gold mines of creativity” — in the future. He hopes to connect men within each city and give them a space to have conversations they might not actively be having within their own communities.

Though La might not have all the answers about what community and representation mean or where the conversation goes, he’s comfortable with the uncertainty. He does know that what’s coming out in this cultural reckoning today is sensitivity, emotionality and vulnerability. “We can speak more about our struggles and challenges,” La says. “It’s not about running away from these difficult emotions. It’s about embracing them.”