The year is 1995. Clueless, the coming-of-age film of the decade featuring Alicia Silverstone, the ‘it’ girl from Aerosmith’s music videos, has been released. It is about to cause a major shift in fashion. Saying goodbye to the grunge punk rock aesthetic of baggy jeans and plaid shirts, inspired by bands such as Nirvana, to a preppy minimalistic look, popularising slip dresses and co-ord sets. The wardrobe of Cher Horowitz and her comrades rebelled against the fashion negligence of American youth. Following the release of the movie, carefully coordinated, fun and bold outfits were seen all over in shows such as Buffy the Vampire Slayer and films like 10 Things I Hate About You.

“Clueless redefined the look of the 90s, renewing the plaid shirt into a plaid skirt”

Based on Jane Austen’s Emma, the cult classic follows the life of the beautiful and privileged Cher Horowitz as she accelerates the ‘glow up’ of Tai Fraiser, her newest classmate. Cher acts as a matchmaker for Tai and those around her and the trials and tribulations that follow show her vulnerability and naive charm.

Aside from the countless infamous quotes that have continued to dominate popular culture (‘You’re a virgin who can’t drive’ and ‘As if!’) Clueless has impacted a whole generation’s fashion, both on and off the runway. Mona May, the costume designer, worked together with director Amy Heckerling to achieve timeless looks in Clueless, blending high fashion with the girls of Beverly Hills. 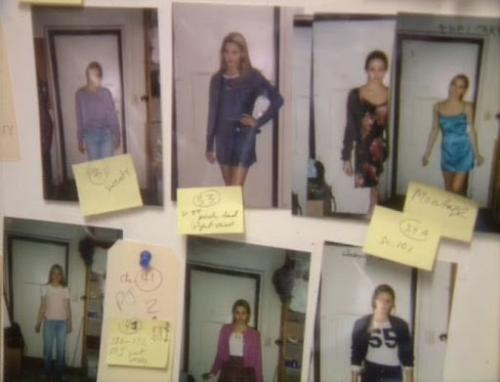 When you think of Clueless, the first image that comes to mind is Cher’s yellow plaid outfit. There were undoubtedly more Cher’s in this outfit than vampires last Halloween! She pairs the Dolce & Gabbana yellow and black chequered skirt and matching blazer with a white top and yellow cardigan. The catholic private school uniform meets high fashion look is tied together with white knee-high socks and mary janes. Contrasting the more muted colours worn by the other students in this scene, yellow is an appropriate colour to reflect Cher’s character. Solidifying her beliefs that she is both unique and the centre of attention, much like the sun, yellow is a significant motif. This outfit is a statement for the opening of the film, highlighting the world Clueless is set in. These high schoolers deviate from the cool, casual style that dominated early 90s America and take pride in putting effort into picking their outfits.

Revamping vintage styles has always been done. Even in 2022, walking into any high street shop will reveal an array of flares, crop tops and sweater vests. Costume designer Mona May did not shy away from referencing previous decades. She crafted some subtle nods to the original source material of Emma through her costume design. Set in the Regency era, May kept some of the appropriate silhouettes, and Cher is spotted in a gorgeous sage cap sleeve empire waist dress. Much like many of the other pieces, I would not be shocked to find this in Urban Outfitters today — which illustrates both the timelessness of Cher’s wardrobe, as well as the cyclical nature of fashion. 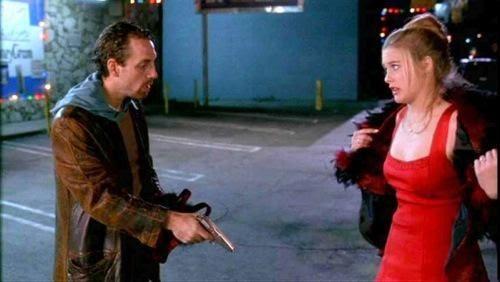 ‘This is an Alaïah!’TWITTER / @COSMOPOLITAN

Arguably my favourite line in the whole film, Cher protests to lying down on the floor after being robbed at gunpoint in fear of ruining her dress: ‘You don’t understand, this is an Alaïa!’ Besides the sweet hilarity of how out of touch Cher is with reality, this line demonstrates a quintessential feature of her character: fashion before everything. Perhaps not fitting for the casual, messy house party Cher attends, the red Alaïa is still striking and one of my favourite looks in the movie. Clueless had a relatively small budget for costume design of around $200,000, thus many of the clothes were thrifted or, like this dress, secured through connections. Before the days of PR and online shopping, finding exactly the type of clothing that fitted the vision for the film was challenging, however, Mona May managed to acquire several designer pieces — including Calvin Klein and Dolce & Gabbana.

Related  A look into fashion week in India's New Delhi-Xinhua 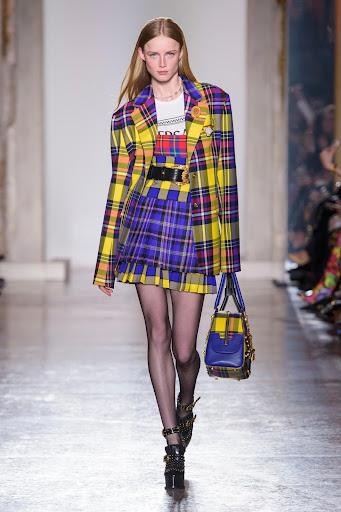 This teen film has also influenced the runway. Donatella Versace’s Autumn 2018 collection shows numerous parallels with the cult classic, featuring plaid and bold colours. On top of that, Alexander Wang proclaimed Clueless to be his favourite film and references to it can be seen in several of his collections.

All in all, the costume design of Clueless was a cultural reset. Often, contemporary costume design is overlooked and academy awards tend to be given to period pieces; this can diminish the amount of work put into designing these looks. Clueless redefined the look of the 90s, renewing the plaid shirt into a plaid skirt. This cultural reset has and is bound to continue with a lasting legacy in fashion, and if that fails, hopefully, it will at least encourage the development of software that allows you to sift through your wardrobe!

We are therefore almost entirely reliant on advertising for funding and we expect to have a tough few months and years ahead.

In spite of this situation, we are going to look at inventive ways to look at serving our readership with digital content and of course in print too!

Therefore we are asking our readers, if they wish, to make a donation from as little as £1, to help with our running costs. Many thanks, we hope you can help!